They say the best writing is honest writing, so here it goes.  I have a hairy back.  Maybe this isn’t the bravest declaration anyone’s ever made, but it’s the biggest confession I have to offer.

I’m pretty sure I didn’t tell my wife about my back before we fooled around.  I think I let her discover my back pelt organically.  She must have been thrilled! It’s safe to say that one of her thoughts during that first intimate moment was, “Thank God, it’s dark in here.”

(The best way to tell someone you love them on Valetine’s Day!)

Despite my unfortunately placed mane of hair, she decided to keep me around and even married me.  You know what saved the day for me?  My personality.  She said she really liked it.  I’ve always taken pride in knowing that the power of my personality was able to overcome my horrible X Men mutation.  And that’s what I need to teach my sons.  The odds are one of them is going to inherit this affliction, so they need to start working on being amusingly droll and somewhat considerate.

I’m not saying I have the best personality, but I’d put myself in at least the 70th percentile. (I’m being way too humble.  I’m really kind of fascinating)  It’s important they understand what can make them interesting.

For instance, this is the Dos Equis Most Interesting Man In The World.  The only problem is that he isn’t really that interesting.  I think people tend to confuse being interesting with people who do interesting things.

Sure, the Dos Equis guy plays high stakes jai lai, and climbs Everest but when we see him telling us he prefers to drink Dos Equis, he’s usually sitting in bar all by himself.  That’s because he’s too busy filling his life with adrenaline fueled activity to have an interesting original thought.  And I’ll bet you anything it would kill him to listen to someone else tell a story about some adventure they had.  And if he did listen he’d just tell you something he did that was way better.  He’s the ultimate, “You’ve got a nickel, I’ve got a dime” guy.

There’s nothing endearing about him.  You know he never opens up about being afraid to take a poop in the work bathroom, or that his favorite meal is really three pounds of bacon followed by a liter of Coke swigged right out of the bottle.

If The Most Interesting Man In The World has a hairy back he’s either going to die alone or wind up with another boring void female equivalent. He’s the perfect example of the whole doing interesting things vs. being interesting problem.  There are a lot of people like him out there and I find them tedious.

See this guy? His name is probably Zach. He’s the type of guy that will tell you he likes to go to Joshua Tree on the weekend because it gives him peace to look at the beauty.  He loves to challenge himself by running triathalons for various causes and he’s probably saved someone using his CPR skills.  His got one or two tattoos and each has a very special meaning.  Zzzzzzz. What a snore.  My sons won’t be competing for the woman who find this guy interesting.

Then there’s this guy.  Let’s call him Rich.  He lived with his parents until he was in his early thirties, likes to go on amusing rants about people who don’t give courtesy waves in traffic or being behind someone in the supermarket using food stamps.  He confides to close friends that he wears briefs but tells the general public he wears boxers because it seems cooler.  He doesn’t have a tattoo because although he gets drunk he still retains the basic ability to make good decisions and make fun of those who don’t. Who would you rather have a conversation with?  Rich is my pick. 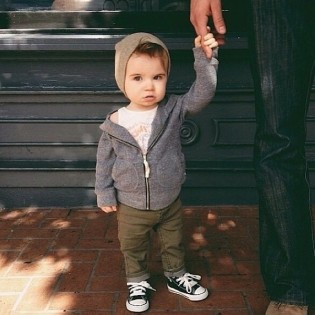 (Look!  I bet this baby DOES lots of interesting things)

then you’ve got problems. You’re pretty much hiding the fact that you’ve got nothing interesting to say to each other.  If you truly have an interesting personality here’s where you prove it. 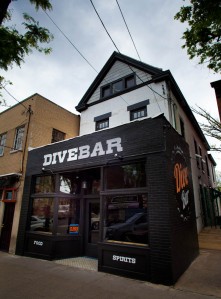 I’ll teach my sons, especially the hairier one, that these are the places where you’ll find out how interesting you really are.  It’s where you’ll make fun of the men who cry on the Bachelorette and lightheartedly talk about the trauma of team sports in high school gym that required one team be shirts and the other be skins.

(Was there anything more terrifying than hearing a gym teacher yell, “Line up!  We’re going to pick shirts and skins!”)

And God forbid, should one of my sons wind up being the type that just does interesting things, I’ll love him too.  Me and the hairy one will pretend to listen to his amazing outward bound experiences and tell him how intriguing he is.  Because that’s what hairy backed wonderfully fascinating people do!

The overall note before these rankings is that Charles is in full crawl mode and is grabbing on to things to stand.  Milestones are fun, put also signal more work and vigilance.  I appreciate Arthur’s slow progress in leaving the cute rock stage.

February 7 – Least Favorite is Charles. Watching a Super Bowl with twins is a new experience for me, but the boys provide little input when it comes to their thoughts on the best commercials.  Charles required two ill timed diaper changes before halftime, so he wins the award.

February 8 – Least Favorite is Arthur.  Charles gave me a much better greeting when I came home.  Well played.

February 9 – Least Favorite is Charles.  His ability to climb led to the realization at 9:30pm that I would have to lower the bottom of his crib.  This required taking the crib apart and using power tools.  OK, my wife used the tools while I held things in place but it was still a lot of late night work.

February 10 – Least Favorite is Arthur.  Pooping in the morning before leaving for daycare put you behind schedule the whole day.  I wish Arthur could put on their time.

February 11 – Least Favorite is Charles.  Charles fascination with his immobile brother Arthur is pretty brutal in terms of pulling anything from his hair to his ears or anything on his body that moves.  Now, we’ve added on a separate play area for Arthur in the bedroom to he can play in peace.  In prison terms it’s called being put in solitary for ones own safety.  But now even the bedroom is cluttered with baby stuff.  All because of stupid Charles.